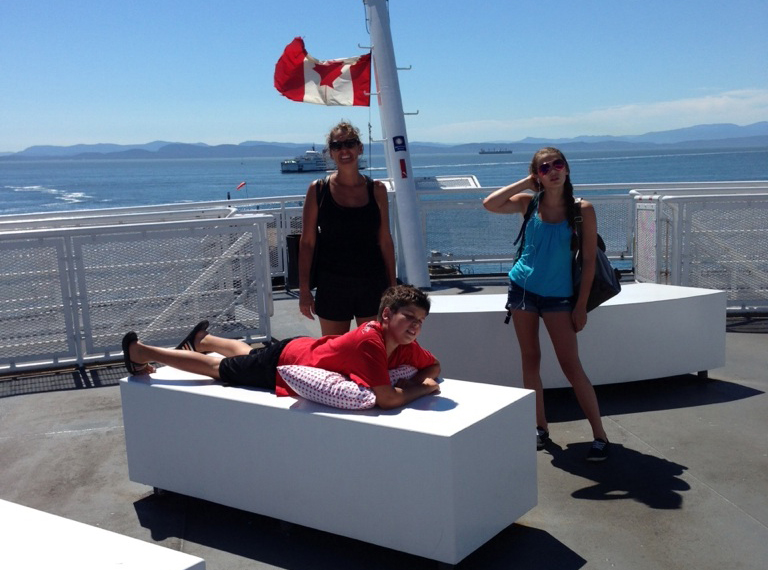 We can’t tell you how much it means to us when we hear about people taking on the challenge to be more spontaneous! Marie DeGruchy did just that (and then some). Thankfully, she was also willing to share her story with us (using the contribute page) which means we can celebrate her. Wooo! Here’s how she embraced spontaneity one fine weekend:

Our family went to Vancouver one weekend because my daughter and I were lucky enough to be going to a One Direction concert.  We had chatted with friends who were also visiting Vancouver that weekend (from Argentina), and they mentioned that the mom and daughter love the band that we were going to see.  In the back of my mind I thought if the opportunity to get tickets came, I would grab them for her.  Guess what, the night before we were leaving, 2 tickets were available to me for FREE.  I don’t usually jump on these opportunities, but in the back of my mind I had “Be More Spontaneous” itching at me.

Amazingly, I ended up getting the tickets which were very near to the seats we had. Unfortunately, my girlfriend couldn’t take them.  So, the group we were travelling with started the massive search for someone to immediately leave Kelowna and drive to Vancouver (and hopefully have someone to stay with because all the hotels were sold out).  We found a spontaneous dad who absolutely made his daughter’s day by saying ‘yes’ in the spur of the moment. The spontaneity was flying.

AND, it didn’t end there.

We set out the next morning to tour Vancouver (as we always do) and enjoy the city. We ended up at UBC overlooking the delta and decided that we did not want to go home yet. My next thought was of one of my best girlfriends and her family who we hadn’t seen in over 5 years. The only kicker was that they live in Victoria!  So, embracing spontaneity again, I called her in the hopes she would answer and possibly pick us up from the ferry instead of us taking our car over (added costs).  She was shocked and thrilled that we would come at the last minute, even just for the night.  SO WE DID!  We walked on the next ferry leaving and found ourselves enjoying the ocean on a beautiful sunny day heading towards Victoria.  We had a fabulous night full of laughs, good wine and best friends and we were so happy we decided to be SPONTANEOUS!

So many gold stars for you, Marie. You’re a spontaneity superstar and we’re so happy that you had such a fantastic adventure. We hope we hear more from you and anyone else who says yes to spontaneity.